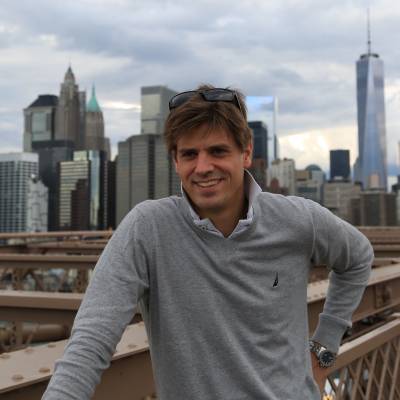 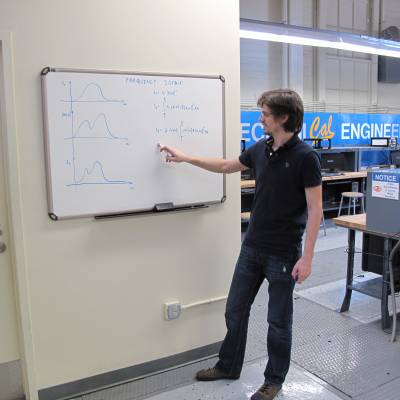 'The study programmes of mechanical engineering and naval architecture are quite similar because a ship is the largest machine ever built by humans. Although our specializations are quite narrow, which differentiates us all, still, we are all engineers. Normally, there has always been a lot of competition between students of mechanical engineering and those studying naval architecture. Who is better? Students of naval architecture always held that only the best got enrolled in the Naval Architecture study. The fact is the first two years of these two study programmes did not differ much. We all studied mechanics, thermodynamics and fluids. It was only later that the students of naval architecture specialized in ship structures', says Dr. Martin Petričić who after completing his bachelor's degree in 2006, stayed at FSB with Professor Žanić at the Chair of Ship Structures, where he had graduated. He had already enrolled in the doctoral study at FSB when he was given an opportunity to apply for the Fulbright scholarship, that would last throughout his doctoral study.

'I applied for the scholarship and got it. Next, I had to apply for a university. Without any hesitation I chose Berkeley.' He points out that the knowledge acquired at FSB was a good foundation for further studies and work. 'I never felt inferior in any way to other students. On the contrary, at FSB we were given a broad knowledge and we developed effective study and work habits. So, I quite quickly had everything under control. However, it was not that simple at the beginning. Given that Barkley was a big university, focused on the development and high quality of doctoral education, the competition was really fierce.' He especially pinpoints the fact that doctorands at Berkeley are allowed to form their own list of courses to enrol in. 'The learning and study dynamics was extremely tough. There are 100 people you attend the maths course with. They study different disciplines and quite a lot of them are really excellent at maths. You have to study fast. You have to continually make progress. You have to do your best.' He says he was really exhausted at the end of the first year, yet, very pleased and proud of himself. 'Studying at a big campus means having all different study programmes closely related to each other, which, in turn, results in great felxibitlity and has a lot of advantages. You constantly communicate with students studying other disciplines, homework assignments are done in groups, and, on top of everything, mutual collaboration, mostly interdisciplinary, is continually encouraged. So, when solving one mathematical problem that way, you can perceive different perspectives on the problem and different ways of searching for optimal options to solve it.'

Just before he completed his doctoral study in 2012, ABS, an international company with offices in more than 75 countries all over the world, contacted his Professor at Berkeley looking for young people with a PhD degree. 'Shortly afterwards I joined ABS where I realized how different was a student life on a grant, although the grant was substantial, from a real life in Houston'.

After he had decided to leave Croatia for a doctoral study, Martin and his wife never thought about how long they would stay in the USA. 'As a rule, when you are awarded a Fulbright scholarship, it is quite clear that you will, eventually, return to your own country. However, since my wife was a doctor of dental medicine and since her diploma was not recognized in the USA, our decision to return to Croatia became stronger and stronger as time passed.' Although they returned to Split three years ago, Martin is still with ABS, their research and technology department, but he works from home.

'Life in the USA does give you great opportunities. Still, it is also very solitary. The focus is on work. The mind set of our people is different. Back in the USA we missed our way of life, our family and friends. I am very pleased that I still work for ABS on big projects. The only difference is that I 'work remotely'. I am quite independent in my work. Most of the time I work on my computer, constantly in contact with my co-workers by Skype,' he said.

For Martin, unlike for many of his colleagues, naval architecture was not his first choice. 'I first got an idea to study naval architecture when I was in a mathematical high school in Split. I was excellent at physics, mathematics and computer science and I already knew I would study at some engineering faculty. My older brother was already studying naval architecture, so, I started getting interested in this field.'

When he thinks of FSB, first things that come into his mind are the submarine, the Ship Line course and his friends. 'I met Davor and Grga when we were studying for that exam. We have remained inseparable to date, together with a few other colleagues. Davor and I lived in a student dorm. They would come to me in Split and do their student work practice. Even today they often drop by my place on the Island of Brač although we are scattered all over the world.' He especially remembers Professor Žanić, one of the 'FSB giants' and an extraordinary person with an immense knowledge and energy.' He is fascinated by people who are real enthusiasts and do something because they love it and enjoy doing it. He also has very fond memories of Professor Ćorić, Professor Senjanović and Prefessor Grubišić. 'The time spent studying in Zagreb is the best time of my life – I met my wife in Zagreb, I made life-long friends there and I learned so much,' he said.

When asked to comment as an expert on hard times the Croatian shipbuilding is facing, he says: 'I am not an expert in economics but I am aware of the problems that have not been dealt with for more than twenty years.' He points out that the restructuring of the Croatian shipyards has never been done. 'We should have shifted our focus from large ships, that are simple and are built more quickly, cheaply and much better by the Chinese, to specialized smaller ships that have an added value.' He adds that nowhere in the world shipbuilding itself brings huge profits. However, it has a very positive effect on other industries and pushes them forward. 'There is almost no supporting industry in Croatia. Almost nothing is manufactured in the Split 'basin'. Unfortunately, we buy and install other country's components and we, actually, only assemble ships.' When asked if there was any future for Croatian shipyards, he said: 'Although we have always possessed knowledge and all that it takes, according to the reports, it seems that all other shipbuilding countries are becoming better than Croatia. The problem is that professionals are not really in charge. Besides there are no top quality managers to run the shipyards,' he concluded.

Martin spends his free time with his family. He plays badminton and tries to spend as much time as possible with his friends - on the Island of Brač. Twenty years ago he did fencing. He was a member of the national fencing team and took part in world competitions. 'Through fencing I made lots of friends and I travelled a lot. However, after I had gone to Berkely, I could not train fencing that much any longer.' 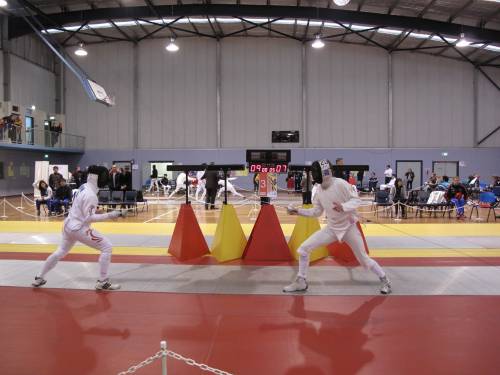 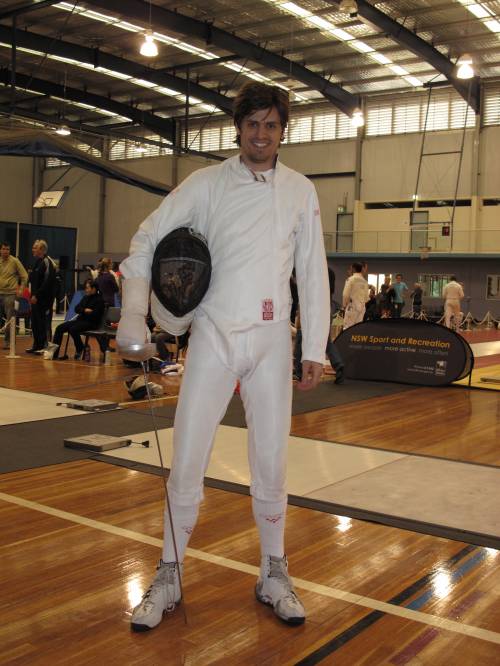 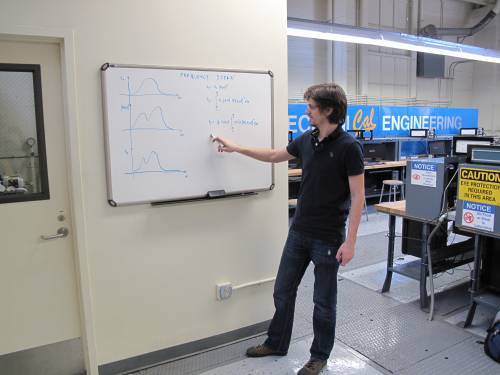