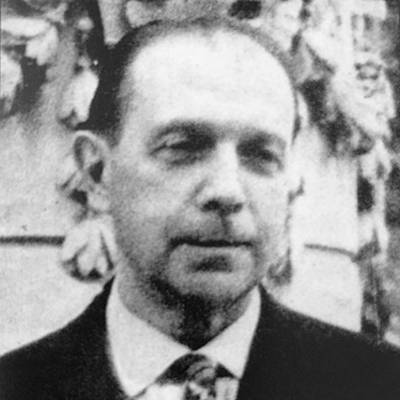 Artemie Sahnazarov was born in an Armenian family in 1891, he graduated in naval architecture at the St. Petersburg Polytechnic Institute in 1915.

Artemie Sahnazarov was born in an Armenian family in 1891, he graduated in naval architecture at the St. Petersburg Polytechnic Institute in 1915.

The Professor's main interest was in the field of machine tools and material properties. He developed his own method of measuring the temperature of tool blade later accepted as „the Sahnazarov method“.

Professor Sahnazarov considered practical work to be of utmost importance which led to significant improvements in laboratory activities and availability of equipment.

He participated in the construction of the new railroad bridge in Zagreb in 1939 as quality assurance inspector. After WWII he became actively involved in the development of metallurgical industry in Croatia by participating in setting up new plants and factories.

Practical application of technical knowledge made an important part of his work. Once Professor Sahnazarov was asked to determine the composition of some steel plates. While grinding the plate he was observing sparks spattering and based on that he made his conclusion about the composition. The subsequent chemical analysis showed that he determined the composition of the material with high accuracy.

As welding technology was developing it became a necessity for Croatian welders to connect with foreign colleagues. Therefore, on March 15, 1953 the Croatian Welding Society was established and Professor Sahnazarov became its president.