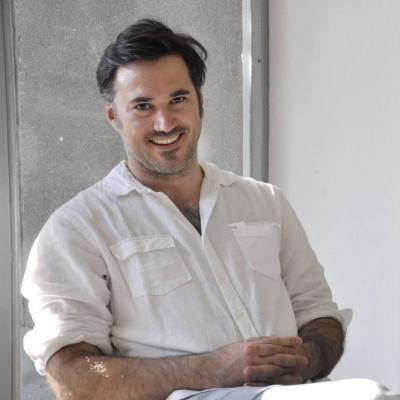 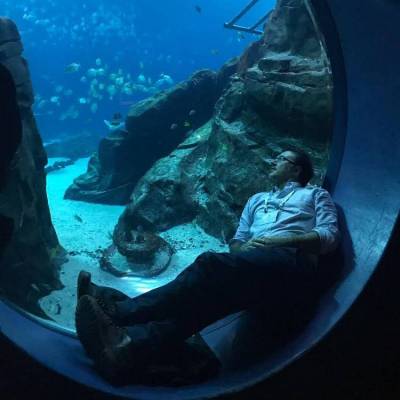 Erasmus before Erasmus – from Zagreb to MIT via Delft

Grgur wanted to travel abroad already during his studies – he enrolled in the naval architecture course in 1999. 'During my studies I wanted to travel abroad, gain some new experience, see how I'd adjust to a new environment, how I'd get along.' At the time Croatia was not participating in the Erasmus programme, so finding a student traineeship programme abroad required some entrepreneurial spirit. The Dutch city of Delft is well known for its shipyards and the development of sailing boat hulls in particular, which was the reason why Grgur decided to apply for student traineeship at the Delft University of Technology. ‘As then there were not many opportunities for student training and most students completed their training programmes in Brodosplit or some other Croatian shipyard, I was very happy when I got the reply that I am welcome in Delft, however, I couldn’t receive any traineeship grant and this couldn’t be part of a mobility programme.’ Luckily, just like many other FSB students Grgur met many fellow students at the Waterbike regatta and one of them was from Delft. ‘I was incredibly lucky to have a flat owned by a colleague at my disposal for five weeks free of charge. So I went to the Netherlands not because I thought this would be a springboard to my future career but because I was interested into what experts do there, what I can learn from them.’

Grgur’s instinctive reaction to the question of why he chose naval architecture and not mechanical engineering, for instance, is – ‘because naval architects are so much cooler’. After a short laugh he explains: ‘My father graduated in naval architecture, he was engaged in sailing and the manufacture of sails, and so this was my environment from an early age. On the other hand, I’ve always loved mathematics and physics as well as ships.’ He says that at the time he had no doubts about enrolling in naval architecture – ‘Naval architects combine engineering and art, they are engineers but at the same time they live in their own world. If I were to decide now, I might opt for physics or mathematics, but I have no regrets about my decision.’ He remembers a very good atmosphere at the faculty, students used to hang out often, he mentions the football tournament Pivski kup (Beer Cup) in particular, which the students of naval architecture have been organizing for a long time now. It was also important that more girls were studying naval architecture than mechanical engineering. ‘We still maintain good relationships and whenever I come to Zagreb for the holidays we always meet and hang out.’

During his studies at FSB Grgur was president of the Association of Students of Naval Architecture and worked with a team of colleagues on the design of a new generation of the waterbike. They came up with an idea to present their achievement at an international conference and decided they would do it in Austin, Texas. ‘At the time it was very difficult to raise funds for students’ participation in a conference. We were applying for funding and finally the Ministry of Education financed our plane tickets, then we established a connection with the Croatian union in the US that provided accommodation for us. Austin is a progressive university town – then it occurred to me, it would be great to study in the USA.’

Grgur and his other three friends - Tonina Karađole, Martin Petričić and Davor Pranjić – were first-graduation students. ‘We were studying in the pre-Bologna period, we had to pass many exams, it took us a lot of time to complete individual engineering design tasks, and it took us seven years to graduate.’ Then he began looking for quality US universities offering a naval architecture course and ultimately decided to send only one application – to MIT. ’I was very lucky that this only application was successful. Nowadays, I would send more applications.’ Grgur says that after him some other colleagues from FSB decided to apply for doctoral studies abroad – a year later Martin Petričić was accepted by the University of California, Berkley, and two years later Tea Žakula by MIT.

Currently, he is working on a project dealing with large arrays of smart buoys which cooperate with each other and measure changes in their environment with the aim of reconstructing what is going on in the whole array. The buoys can do it without a centralized controller due to the capability of each buoy to sense its environment and to communicate with its immediate neighbour, thus creating collective knowledge required for the reconstruction. Grgur has many interests and hobbies. He stresses that MIT, apart from providing excellent conditions for the scientists to pursue their interests and grow as scientists, also offers an excellent opportunity to indulge in various hobbies. ‘I have been dancing Argentine tango for several years now and I find this great’, says Grgur.

Answering the question as to whether he would like to return to Croatia, he says: ‘Of course I would like to return but I think the academic hiring process needs to be changed for the benefit of the university and the Croatian science. The fact is frustrating that after completion of our PhD and postdoc at the best universities in the world we can apply for a position equivalent to the position of an associate professor at the world’s top universities but at the University of Zagreb we do not meet the requirements for the same position.’ Grgur’s career plans include an academic career at MIT or starting a career in Croatia, but he points out that working at some European university or institute or at some other American university are also good options.