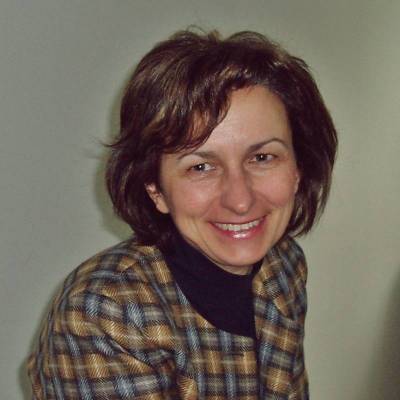 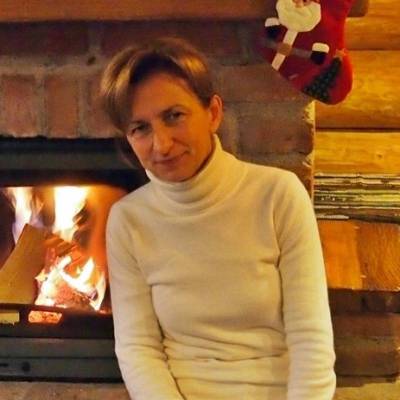 Friendships from S30 for a lifetime

The most important thing at FSB is the ability to learn with understanding, use logic and think. Mechanics, mathematics, design – are all ‘hard’ knowledge, but they also include a lot of creativity.

It is important to quickly adapt, keep up-to-date, and learn from colleagues. I love my job and have always enjoyed it.

Nevenka Crneka-Čudina works at the A1 Hrvatska telecommunications company. She joined the company as a business process manager while currently, her work has been primarily focused on the EU projects. She has worked with her team on defining the concept and the implementation of managing business processes in VIPnet company (today A1) and on the compliance with the Sarbanes-Oxley Act..

"FSB develops practical skills. The first year was a tough one, with a lot of maths – out of 700 enrolled students, half of them dropped out. Since I finished former XIV gymnasium, later merged with MIOC, I was familiar with maths. At that time, I was interested in programming even though there weren't many computers then. So mechanical engineering seemed to be the right choice, especially because Professor Aleksandar Đurašević was the first to introduce computers to the teaching process on the course Operation Management. There was a lot of maths during the study." However, she also mentions that she was thinking about the Faculty of Architecture during high school.

I carry beautiful memories of the Faculty. I remember colleagues and friendships, mutual helping, hanging outs. "I finished the Faculty in 5 years. Those were different times. We were writing notes using carbon-paper, learned in a drawing room, made coffee ourselves." There weren't many girls at FSB at that time, but five of them made friendships during the study in drawing room S30 together with other male colleagues. "All these years, we've stayed in touch, we are excellent friends. We also have a group on the net called Sthebest30," she says laughingly, "we see each other at least once a year. We all gather with our partners and hang out."

After the study, she got a job in Prvomajska - Machine tool factory. „While working there, I learned everything I know about the job. There were 10 technologists there. I was responsible for the process optimisation and the improvement of a production process. Furthermore, I was responsible for the implementation and programming CNC machine tools and participated in the research and development of the Institute Prvomajska." From 1991 to 1996, she was a research assistant at FSB where she held exercises and exams and conducted seminars on courses Business Systems Management and Economics and Process Management. "I didn't have permanent employment then. Former Prvomajska was shut down, and my knowledge and experiences were quite useful in my work with students." She points out that, even then, there were many students with experiences in production, and some of them had difficulties accepting that the assistant is a woman. "Then, and during my study, there were fewer female colleagues than male. First, they would evaluate me since I was a woman, but when they realised I knew and understood what I was talking about, there were no problems."

However, Nevenka started working for a small consulting company where she worked on ERP implementation, focusing on manufacturing modules. "Every client was different, each production had its own specific thus being a consultant required constant learning and upgrading. It was a challenge but at the same time pleasure. I remember the project at the Uljanik shipyard in particular. The job implied connecting the most modern design and productions systems, theories and experiences, the knowledge of mechanical engineers and marine engineers. The cooperation with the brilliant engineers, experts and some charismatic executives has revealed the beauty of naval architecture.”

Since February 2001, she's been working in VIPnet, today A1 Hrvatska. She especially emphasises her first project, the implementation of an information system for human resources management, for which she was in charge in 2002. "VIPnet was a fast growing organisation, and the project has been listed in Microsoft case study presentations."

"FSB has provided me with a lot of knowledge for today's job. Specialisation in operation management has given me the breadth and the ability to understand the importance of understanding the process. Mechanical engineering makes you pragmatic and extremely precise." However, she points out that telecommunications, a field she's been dealing with for 17 years, is quite specific. At the same time, she adds, engineering is always engineering. "The most important thing at FSB is the ability to learn with understanding, use logic and think. Mechanics, mathematics, design – are all ‘hard' knowledge, but they also include a lot of creativity. Today, it's not just mechanics and material processing, there are new, smart solutions, innovation is crucial."